To join the others wishing Merry Christmas...
Here I'm... 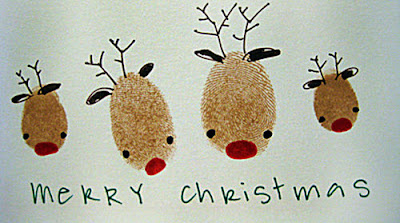 So...Have a Gorgeous Christmas, full of all that you want, fulfiled dreams and hopes...
Full of people you love..
Of food you've been waiting for...
Of joy, love, health, and...
PRESENTTTTTS *.*

And many other things of course...
Tenshi ♥

Vystavil Tenshi in Wonderland v 8:44 AM 2 comments:
Email ThisBlogThis!Share to TwitterShare to FacebookShare to Pinterest
Štítky: world of mine 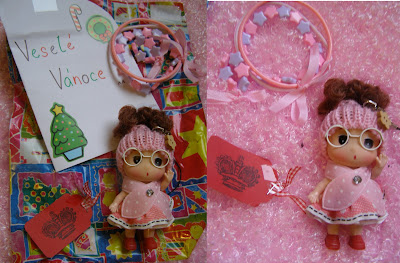 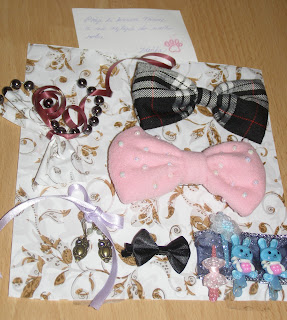 So once again..thanks for your amazing Ch.presents ♥
Vystavil Tenshi in Wonderland v 3:27 AM 2 comments:
Email ThisBlogThis!Share to TwitterShare to FacebookShare to Pinterest
Štítky: closet, shopping update

Collars are the way!!!

They make my head feel better!!! 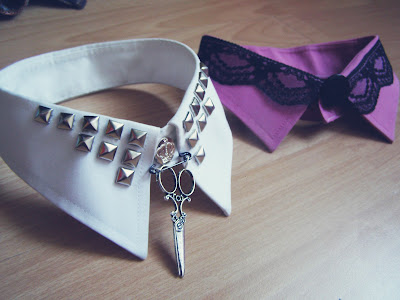 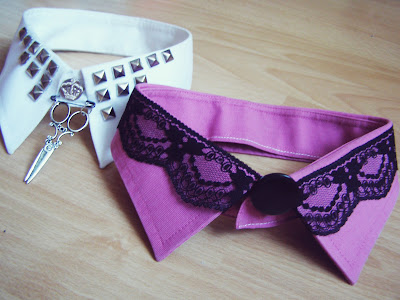 ♥♥♥
(The third I made is still not worth publishing x/)
Vystavil Tenshi in Wonderland v 10:52 AM 7 comments:
Email ThisBlogThis!Share to TwitterShare to FacebookShare to Pinterest
Štítky: closet, workroom

I quess I've already mentioned it before, maybe even more than only once... My current obsession with America's next top model...Few days ago, I finished the 10th circle...
So I decided to make an article about my favs girls..x)
(Photos only of girls I really liked)


Cycle 1
Right in the first circle, I completely fell for Elyse Sewell. She's remained one of my most favorite until now. 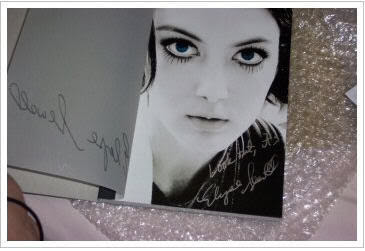 Fortunately, I also liked her character, because usually while watching this show, I aim to kill some of the girls which are pretty, but endlessly stupid and irritating!
In the end, I even liked the first cycle's winner Adrianne Curry, but she didn't become my fav. (too big sort of sex bomb maybe..even I like the Angelina Jolie's something in her)

Cycle 2
For me a cycle of big improvements... Like Shandi Sullivan I really rooted for...(and I'm quite sad she didn't remain being model, but I love her looks, hair-cuts etc.. **)

And also Yoanna House's path to fulfilling her dream. Until her victory, I always thought, that the one who gets it usually has to be someone who doesn't really desire it or lives for it.

And event though the bitch of circle 2 was Camille, I was rather irritated by Catie (and sometimes Xiomara which I didn't like visually)..Camille is my most favorite bitch from all series ♥ XD

Cycle 3
Eva the diva wasn't that bad, but absolutely not my fav!
They eliminated Nicole quite soon, Norelle  was Norelle even though her cuteness and Amanda was so fabulous in her photos, that she just had to be lacking in her personality (at least for me...I liked her, but I find myself don't like her personality so much many many times)

..And Yaya was Yaya although she was pretty x)
And the whole Japan hurt LIKE HELL!

Cycle 4
Keenyah : the bitch
Rebecca : The one with the least elegant fainting EVER!

Kahlen Rondot : I ended up rooting for her and liking her so much ♥

+ Naima Mora the winner and also the one I was rooting for from the very start.
(And Yes, I loved the personality Tyra couldn't see..)

(However she's not really my cup of tea..but maybe that resemblance to Winona Ryder or something) 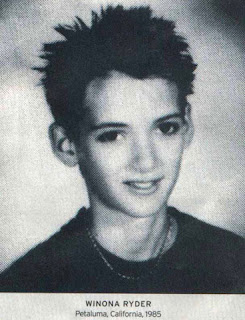 Cycle 5
And one of the most interesting I quess...
I ultimately hate Cassandra Whitehead for her idiocy..After they cut her hair I almost fall in love with her...she looked so amazing, but her despicable behavior made her one of the most irritant girl in whole show...
Bre...puf...Just let me forget.
Lisa? No I've never start liking her..
Nicole is beautiful, but if you know her personality it's impossible to like her photos as you'd do...

And Kim Stolz...Yay! for her, cause I liked her there (I'm so glad I overcame that irritating things she did there...!) and I like her after the end of cycle even more.
Just look how stunning she's become!

Cycle 6
Nnenna : Just NOPE
Forunda  : Someone who was so absolutely off :D but at least likable contrary to so conceited Jade Cole..Differently from panel, I didn't believe in her at all!
For example Mollie Sue Steenis-Gondi could stay there instead of Jade!

And in the end, I ended up rooting for Joanie, cause I sympathized with her and the torture of the tooth pain she had to gone through.

And a cycle what brought many great models I think...As twins Amanda and Michelle Babin

Actually I was at Michelle's side. She was nature and giving it only to those who want it so hard isn't usually for the best..
I never got the perfectness of Anchal look and I couldn't start to like her as I also did in the cause of  Jaeda (Simply, I didn't like her!) And Melrose...
I almost felt sorry for her, that I couldn't bring myself liking her, even she tried so so hard...
And since "hiding easily" CariDee absolutely drag me on her side.

At the very start, I was in love with looks of Samantha (I'm glad she's doing well in fashion industry),Sarah (but she turned up being not that natural and not that amusing for me), Felicia (of which elimination I'm still quite sad...she could stay there a bit longer) and Brittany (simply bitch...she irritated be whole time : it's so unfair that these dull cases of craps could look as stunning as she does).

Jael, such a lunatic person, but not so build for fashion I think... (I really felt shame instead of her)
About Renee...I don't know, maybe she drag me a little to her side by her emotion extortions, but I never really cheered for her.
Natasha was once again, simply off... strange human being itself,really.
Jaslene...Ok, I quess she must be happy to fulfill her dream...

In my opinion, Victoria was build for fashion, event though she was kicked out soon, and didn't persuade modeling at all..
Than, right from the start I was so zealous for Heather Kuzmich

Just now I realized how engrossed I'm in to short hair XD There're so many amazing photos of her with her long hair and once again, I just have to choose this XDBriefly about others...
Ebony : It's funny but I found her cute..XD
Lisa : was constantly annoying me

Bianca : the bitch
Jenah : I really like her unusual beauty, therefore I'm sad she hasn't remained modeling.
Chantal : If you're that beautiful,symmetrical etc. of course your photos have to be amazing. I've never really got to like her.
Saleisha : She's likable, she's cute, she did great...if she has that something to be a Top Model? I don't think so... (she's again..too perfect for my gauge of unusualness)

Kimberly could be great as a model.
Amis was just bad.
Claire Unabia was my favorite (and her personality doesn't suck..yaaay XD)

Och my..do you see the slightly resemblance to Keira Knightley ♥_♥

Lauren Utter's face was nearly heaven..but there it ends XD
To the hell with Dominique because Dominique looks old and annoys way too much!

Fatima looks as a black version of expensive Barbie I've never had. (angelic face..really..but again, she acted stupidly at times)

Katarzyna Dolinska which actually didn't stand out for me there, but I really like her work after the show..

Anya Rozova..it's a capitol itself..I mean her voice, her looks, her personality...love it or hate it..or alternate these. I really struggled with the feeling that she's dumb, but since they came to Rome and the first thing she did was falling on her face, I loved her. Yes, for her being so dumb XD

I looooove her being blond (shame she hasn't remained blond) but this could work for her hem?
And finally Whitney the winner...And I liked her. She had personality and she has what it takes to be the first plus size Top Model I think (she's the first Plus size from all circles I actually liked).

And now, I can't wait for 11th,12th and 13th circle cause I was told, that these are one of the best seasons!!!
Vystavil Tenshi in Wonderland v 8:56 AM No comments:
Email ThisBlogThis!Share to TwitterShare to FacebookShare to Pinterest
Štítky: addictions and obssesions, ANTM, Fashion shelf, next top model shows, watchlist shelf

One dear friend of mine once said to me, that the best thing against depressions is creating...
But the main problem of depressions is inability to create anything..
So I've baked whole long day until now...
I quess my mum is happy..

(firstly I burnt them little, then I realized, that you can't be that braindead as I thought xP) 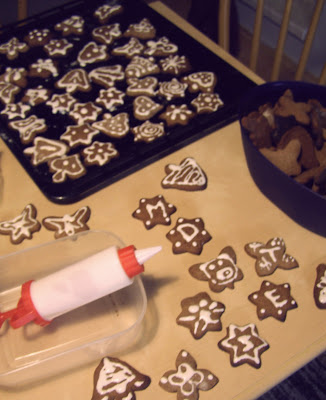 I also made some Christas Gingerbreads, but in the end, there was strange pictures I actually even didn't mean to create..as this Star Wars one XD 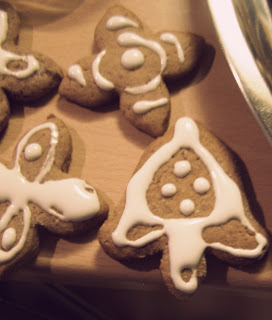 Vystavil Tenshi in Wonderland v 3:49 PM 5 comments:
Email ThisBlogThis!Share to TwitterShare to FacebookShare to Pinterest
Štítky: workroom, world of mine

The bitch who got it all

Things I´ve got at Christmas Lolita Meet-up ♥ And I´m really so so thankful for ♥
Again..thanks to everyone : Elisse,Fabi,Haru,Akeshi,Bety ... 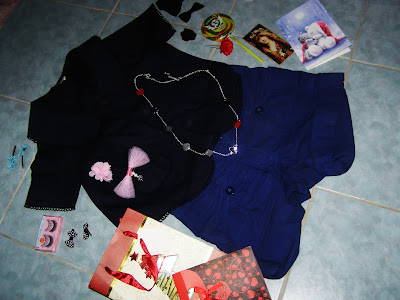 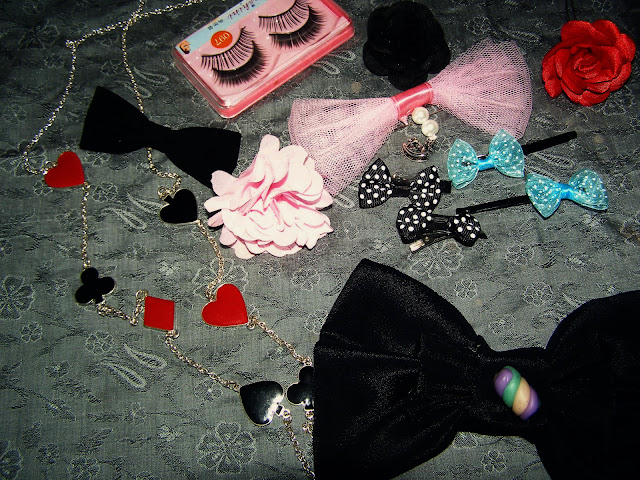 THANKS TO EVERYONE..once again
♥♥♥
Vystavil Tenshi in Wonderland v 2:46 AM 2 comments:
Email ThisBlogThis!Share to TwitterShare to FacebookShare to Pinterest
Štítky: closet, shopping update 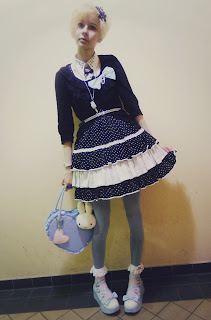 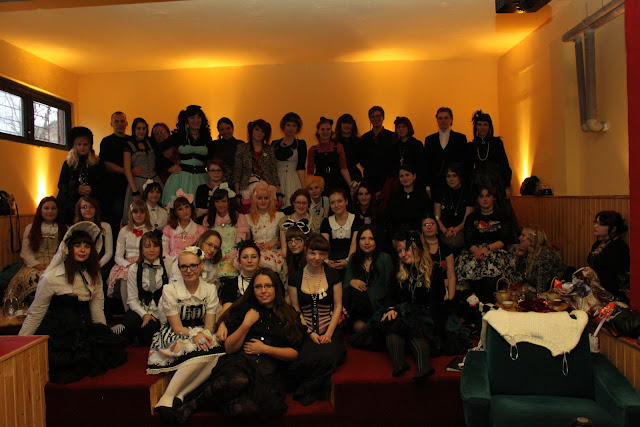