In the last month, I was really obediently watching dramas...
So I decided to drop a few worlds about them (before I will forget that I even watched them XD)

j-drama Densha Otoko - which was pissing me off most of the watching time ! Really... But still I couldn't let it be and completed it in a few days...
All the faltering and stammering of the main man actor and so...But at least, Oguri was really cool there xD

j-drama Utsukushii rinjin - Something with a really strong atmosphere, great soundtrack, not so common story and gorgeous actors. Really it let a big impression and drug me into the story x)
If I forget about the last 5 minutes or so, It would have even a really great end.
Yay! for my little weirdo Rio ♥
Also a great example that a strong and charming personality is the worst weapon ever, which can break others...
So about 6.5/10 ?
And 10/10 for the ending XD

k-drama 49 il - Actually a really good drama. Both lead woman actresses were amazing. The first - Nam Gyu Ri was like a true living angelic doll, and the second one Lee Yo Won, which just masterly played two personality..whooo..And in the end, even the Min Ho's character, and confused facial expression remained in my mind...
But like every k-drama, it ended up repetitious and confusing with really weird and pointless resolution.
7.5/10 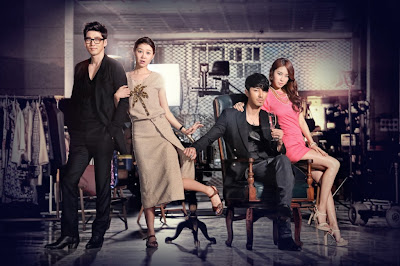 k-drama Greatest Love - For which one I had a really contradictory attitude XD
At the beginning, I found everything just annoying, unfunny and boring...
I also almost died during the second ep, but then, I started to have a fun, to like some characters and in the end of 3rd ep I was rolling over my table in a huge LOL...
This drama is really, one of the best k-dramas I've seen not only because really cute fights over Dok Go Jin and Doctor, but generally... It's the thing I would  recommend with confidence.
8/10

k-drama Shining Inheritance - If you still haven't got enough drama, here we go... From the first ep to the last, drama, lies, tears, lies, complications, subterfuges and quite touching story of the main siblings pair.
And also the process of changes in the character of one of the main man part - from mean and egoistic jerk into observant and sensitive darling XD
But 28 eps was really to much... also, the end wasn't so satisfying even the lies was revealed...
7/10 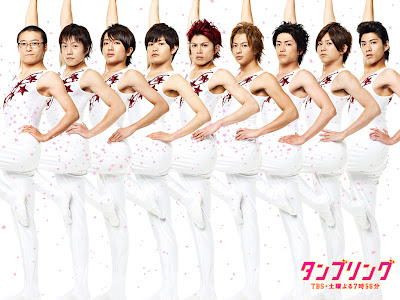 j-drama Tumbling -  Something I really fell for... Cause,let's tell the truth : it's full of bishonens. And delinquent. And handsome delinquents with cute bruises on their faces :D 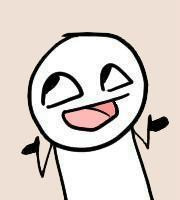 But seriously, I really like drama, which drug you into story and even made some kind of sports seems fantastic.
And here my favorites
But if I should judge the story itself, it was mushy, with so many cliché and strong advices. And of course, the main part was red-haired Naruto...:D
But it really grown in me an amazing desire to eat an omurice *_*
6/10
(and ♥! for their performances♥)

j-drama Zettai kareshi - Tell the truth, if I would get this man like an ideal robot boyfriend, I would be scared to the end of mine life, cause he really did scare me... It got better within the time and I found him a bit cute in the end, but still..T.T
The worst thing about this drama was, that I was watching it with Chinese dub so it was really disruptive.
It was a bit funny, a bit cute, I liked Soushi, so even some handsome element was included.
4.7/10

And that's where I ended today...
But why I actually started with this article? I really wanted to post things I'm waiting for XD
(And I'm obediently downloading each of new eps, but it's not really fun to watch something what's still ongoing..)
Ikemen desu ne
IS (Otoko demo onna demo nai sei)
Ouran High School Host Club
And
Protect the Boss
Bai for now ♥
Vystavil Tenshi in Wonderland v 12:55 PM
Email ThisBlogThis!Share to TwitterShare to FacebookShare to Pinterest
Štítky: drama, watchlist shelf