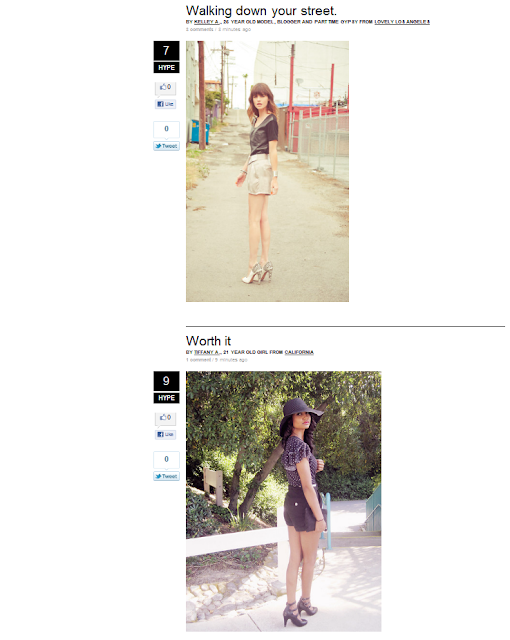 I had to take a screen of this (Nothing against this girls of course)..
But it's like there is somewhere a tutorial what to do to have many HYPES XD
And this pose is one of the rules you have to go with XD
And I bet that these girls got many many hypes XD
I also bet, that Lookbook would be the name of the next the most favorite world-style and lookbook.nu would be something like their bible... I ask myself really often, what I am actually doing there, but because some really great people I just can't get rid of this addiction of my xP

And about the people I'm stalking there...:
Recently, there're increasingly lolitas from all over the world...So a big part of my victims are these girls ♥ ( I will skip celebrities like a Mio Babylove or Zeruda, because I suppose that almost everyone know and stalk them with me XD)
For example :


But there are still many people outside the japan fashion I stalk and love as same as the others...
Like :
S.Lim
Brian Evalle


And again..many many others... Yes, Lookbook is still worth it thanks to this unusual people which aren't following whats hot on LB XD
(+ many many really amazing Czech people I'm fan of, but I would write about them some other time...xP)
Vystavil Tenshi in Wonderland v 8:00 AM
Email ThisBlogThis!Share to TwitterShare to FacebookShare to Pinterest
Štítky: Fashion shelf, world of mine